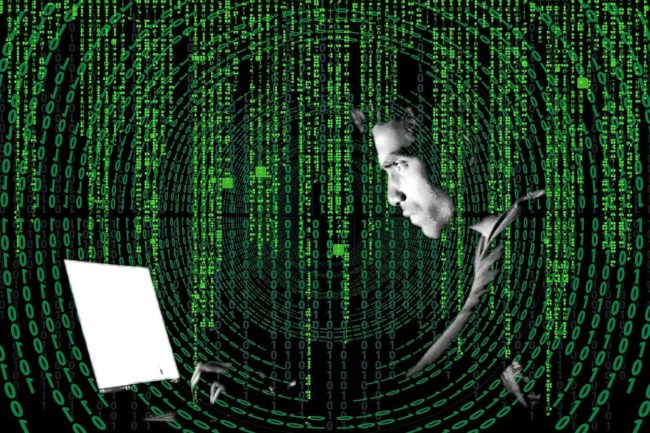 These numbers are stark and demonstrate the increasing threat posed by violent right-wing extremists (VRWE) who are increasingly networking transnationally. The virtual world is playing a decisive role in this. However, the phenomenon of transnational networking and cooperation is not a new one. There has always been networking and cooperation, through events, meetings, marches, at music festivals or at parties. The use of so-called mailbox systems in the early nineties, for example the “Thule network”, gave new possibilities for transnational networking and mobilisation. Since then, with innovations in digital technology the possibilities have been increasingly expanded and adapted.

With the increased use of the internet, right-wing-extremist movements have been able to maintain day-to-day communication and cooperation. They use existing communication structures, through online gaming platforms or social media to do this, but have also developed alternative means such as alt-tech platforms, a group of websites and established their own online networks. By doing this, they create cooperative communication spaces that produce and reinforce extremist narratives.

In the process, the ideological narratives were delivered online to target audiences through campaigns or actions with media impact.

The special feature of this type of franchise extremism is its connectivity and thus its transferability to other European countries, since this form superficially rejects clear racist exaggerations and generates itself as a European community. The in-group and out-group are always defined in distinction to existing social values and systems.

After establishing itself in France, a branch of this movement developed very quickly in Austria, which became influential for other European countries. The Identitarian Movement thus developed a transferable model of transnational extremism, which uses campaigns and modern technology to turn cultural racist identity politics into a connectable franchise product for the first time.

An amorphous extremism via virtual structures

The terrorist attacks of the past decade in Utoya, Christchurch, Halle or El Paso, to name but a few, describe another face of this transnational connection. The perpetrators of the attacks mentioned did not know each other and did not belong to a common group. Nevertheless, they referred to each other, quoted each other in the execution of their attacks or staged their crimes as duplicates, or ‘copycats’, of previous attacks. What they have in common, apart from the implementation of their attack, is that they shared the same or similar narratives and used or consumed the same media.

In many cases, the possibilities that the internet offers for communication and individual reinforcement play a decisive role. Amorphous virtual groups such as the Atomwaffen Division (AWD) or the Feuerkrieg Division (FKD) operate almost exclusively in the virtual space with their networks and communication structures. The group was linked to deadly plots in Nevada and to a US soldier who allegedly planned to bomb CNN’s headquarters. Some of the members of these groups only know each other through this virtual space. Apart from a few meetings, the radicalisation processes take place on online servers set up for this purpose.

The groups recruit very young people, under the age of 14, as well as experienced and battle- hardened neo-Nazis from various parts of Europe and the United States. In the case of the FKD, sub-groups were formed in other countries, in addition to Estonia, Germany, England and the United States. These sub-groups planned or communicated their acts in the FKD network and then partly put them into practice. In many cases, there was no need for a larger control or chain of command. The members of these groups acted according to the principle of leaderless resistance and according to the narratives that were communicated within the group.

The link between digital and offline activity

In addition to these developments in the virtual space, cooperation in the non-digital world is also becoming increasingly more common. Right-wing extremist brotherhoods such as Blood & Honour or the Hammerskins already created these networks in the early nineties. The focus of networking was music and event culture, as well as marches and political events. These networks and structures are still active and are partly stabilised through parties from the extreme right- wing spectrum. Martial arts is another area that has not only become increasingly relevant in recent years, it is also the area that has become financially lucrative and attractive as a possibility for in- scene entertainment.

The events in Europe are not only for sporting competition. They are platforms for networking, a marketplace for the sale of merchandise, sports nutrition and propaganda, as well as a catalyst for conspiratorial cooperation and the testing of defensibility. The networks extend from Germany to Russia, Poland, Italy, Ukraine and Sweden. Events held by the scene have an impact that goes far beyond the regional level.

“With the increased use of the internet, right-wing extremist movements have been able to maintain day- to-day communication and cooperation. They use existing communication structures, through online gaming platforms or social media to do this, but have also developed alternative means such as alt-tech platforms, a group of websites and established their own online networks.”

The development of transnational networks is not a new phenomenon or development. In part, it is based on developed structures. In doing so, the protagonists use the technical possibilities available to them and create narratives that can be connected across national borders and are catalysts for mobilisation and action. Even if these developments are not new, they have reached a new quality. The individual possibilities of networking and communication, of self-staging and reinforcement from the respective reference group, have received an unprecedented boost through technical developments. Virtual reality can thus no longer be separated from offline reality; it is the impetus for action in the non-digital world. This is shown by these developments and not least by the countless victims of right-wing extremist terror.

The Article was first published in Spotlight. Spotlight is the publication for the RAN’s network of practitioners, designed to give you, the people on the frontline in communities, in schools, prisons, online and elsewhere, the opportunity to share your insights and your stories about the work that you do to tackle the violent extremism challenges in Europe today.