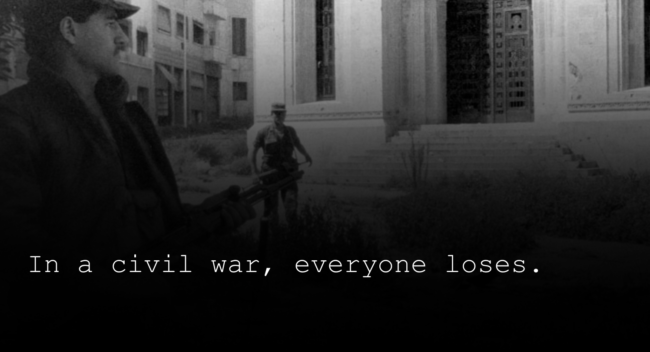 Working with “formers” (former extremists and ex-combatants) in Preventing and Countering Violent Extremism (P/CVE) can be very impactful on target groups such as marginalized and excluded youth who are at the brink of radicalization or who have already taken the path of extremism. This article highlights the work of Fighters for Peace (FFP) from a frontline practitioners’ angle. Fighters for Peace is a Lebanese Non-Governmental Organization composed of former combatants of the Lebanese civil war from different political, religious and social backgrounds who have undergone a profound personal change process and who engage now in peace building, reconciliation processes and the prevention of extremism and violence.

Christina Foerch Saab holds her Master degree in Political Sciences and Spanish from the Free University of Berlin. In 2000, she moved from Berlin to Beirut where she has been working as filmmaker, journalist and consultant for NGOs. She has specialized in issues such as the memory of the Lebanese civil war, ex-combatants, peace education, arms control and disarmament processes. She is a co-founder of the Lebanese NGO Fighters for Peace, a non-profit organization that unites former ex-combatants from different political and sectarian backgrounds. Currently, she is the head of programs and international relations. Additionally, she has a certificate in biography work.

Published with the kind permission of the German Congress on Crime Prevention.