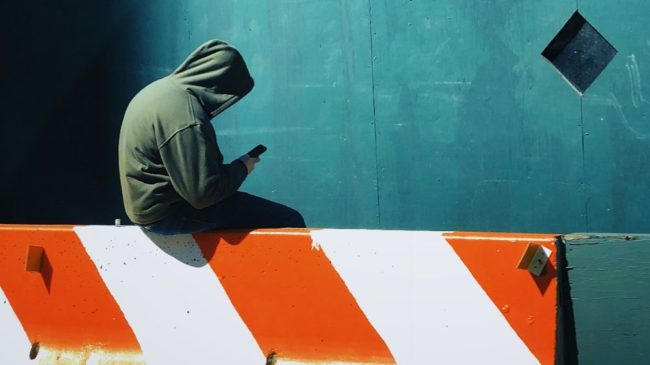 In the past five years, practitioners and policymakers have become increasingly interested in drawing from the insights of former extremists to combat violent extremism. Researchers too have shown a growing interest in drawing from the voices of former extremists to address key research questions in terrorism and extremism studies, including studies focusing on processes of radicalization to violent extremism and processes of deradicalization and disengagement from violent extremism, for example. Yet overlooked in this emerging space has been an in-depth look at how formers think that violent extremism should be prevented and countered. In response, interviews were conducted with 10 Canadian former right-wing extremists based on a series of questions provided by 30 Canadian law enforcement officials and 10 community activists. These interviews generated several insights into formers’ perspectives on how violent extremism should be combated.

‘Looking for belonging’ – vulnerable youth and their social environment

First, formers in the current study believed that disenfranchised youth, by far, are the most vulnerable of and susceptible to being recruited into violent extremism and, as such, formers believed that preventative measures should target this population. This was especially the case for those who, as one participant in our study explained, are:

… looking for the sense of belonging and are the ones who feel like they’re missing out…like they’re not getting their…their piece of the pie. And whether that’s economically, or socially or whatever, or just feeling like they don’t fit in somewhere, I think that’s your…your target group [for preventing extremism]. [T]hey just didn’t fit in somewhere.

These views align with previous studies which found that disenfranchised youths are vulnerable to extremist messaging and ideology.

Asking the difficult questions at home

Second, formers in our study believed that various key stakeholders – including parents and families, teachers and educators, the local community, and in some cases, law enforcement officials – play an important role in preventing young people from going down similar pathways as they did. In particular, formers suggested that parents and families can prevent their children from violent extremism if (1) they invest themselves in their child’s life and are aware of potential warning signs of their children going down a path to violent extremism, and (2) they facilitate an inclusive home environment, which includes discussions about polarizing issues such as racism, intolerance, and discrimination. As one participant put it:

…if it was possible for me to ask the questions [at home] …like the politically incorrect, difficult, offensive questions that we honest to God just want to know, you know…if we […] had had a place where we felt we could ask those questions and get an honest answer without being told, “well you’re an awful person for thinking this”, then maybe I would have had a different path.

Similar recommendations were made for schools and in a community setting, wherein formers suggested that schools and, by extension, the local community must be one of inclusivity: individuals, even if they maintain radical views that are counter to the mainstream, should not be judged, otherwise they may be further pushed into violent extremism.

Formers also noted that law enforcement can assist in preventing youth from engaging in violent extremism. But similar to their suggestions about families and communities responding to young people expressing radical views and/or are drawn to violent extremism, formers noted that the interactions between law enforcement and youth should be based on a level of respect, and free from judgement. As one former in our study explained:

…for the cops, I guess not approaching hostile, because they’re going to be on their toes, right? […] Instead, try to find…try to find guys when they’re walking by themselves or just like one or two of them and just pull over and talk to them, “hey, what’s up?” and try to be friendly. […] It’s like…give respect, gain respect type thing.

Many of these views echo the results of previous research that highlight the importance of social and/or family support and awareness, paired with openness to critical discussions, in preventing violent extremism.

Third, in discussing ways to counter violent extremism, formers in our study were largely concerned about helping others leave violent extremism. Here they believed that formers should be central actors in helping individuals to leave – a finding that is largely supported by research on the psychology of victimology and the process of deradicalization. However, in discussing the role of formers in this regard, the need for an infrastructure be put in place was oftentimes mentioned during the interviews. This consists of what formers described as (1) a team of ‘credible’ and ‘dedicated’ formers who are willing to put in the time to help others leave, and (2) a group of key stakeholders who can assist these formers in helping people leave, largely because formers cannot do it on their own.

What formers in our study were referring to here is what has been conceptualized in terrorism and extremism research, for example, as multi-sectoral approaches to combating violent extremism. Indeed, violent extremism is a complex and multi-faceted phenomenon, grounded in both individual and social conditions. Preventing and countering violent extremism (P/CVE) initiatives, then, must be multi-dimensional, building on the strengths and expertise of diverse sectors, including but not limited to local community organizations, police officers, and policymakers. In other words, efforts to counter (and prevent) violent extremism cannot only be seen as a law enforcement or intelligence issue. It is a social issue. As a result, law enforcement officials should partner with various local community organizations, human rights activists, and academics, sharing knowledge and ideas for enhancing and/or developing P/CVE initiatives.

For much more on these findings and the nature of the study in general, we encourage you to read the full manuscript published in the peer-reviewed journal Studies in Conflict & Terrorism.

Ryan Scrivens is an Assistant Professor in the School of Criminal Justice at Michigan State University. He is also an Associate Director at the International CyberCrime Research Centre at Simon Fraser University, a Research Fellow at the VOX-Pol Network of Excellence, and an Associate Fellow at the Global Network on Extremism and Technology. His research has been funded by Public Safety Canada, the Canadian Network for Research on Terrorism, Security and Society, and VOX-Pol. More about the author

Vivek Venkatesh is a filmmaker, musician, curator and applied learning scientist working at the intersection of public pedagogy and critical digital literacy. He holds the UNESCO co-Chair in Prevention of Radicalisation and Violent Extremism. He serves as Director of the Centre for the Study of Learning and Performance and is Full Professor of Inclusive Practices in Visual Arts in the Department of Art Education at the Faculty of Fine Arts at Concordia University in Montréal, Canada. More about the author

Maxime Bérubé is a Professor of Forensic Science in the Department of Chemistry, Biochemistry and Physics at Université du Québec à Trois-Rivières. He holds a PhD in criminology from Université de Montréal and he is a regular researcher at the Laboratoire de recherche en criminalistique (LRC), as well as an SSHRC Postdoctoral Fellow at Project Someone in 2019–2020. His research interests focus on digital data processing, investigation, intelligence, national security and violent extremism. More about the author

Tiana Gaudette is an incoming PhD student in the School of Criminal Justice at Michigan State University and a Research Associate at the International CyberCrime Research Centre at Simon Fraser University. Her research interests broadly include terrorists’ and extremists’ use of the internet, cyberterrorism, right-wing extremism and terrorism, preventing violent extremism, and research methods. Her work has been published in New Media and Society, Terrorism and Political Violence, Studies in Conflict and Terrorism, and Perspectives on Terrorism, among others. More about the author

This article was originally published on the Center for Research on Extremism (C-REX) RightNow! blog. Visit the blog to read more articles on contemporary far right politics, including party politics, subcultural trends, militancy, violence, and terrorism. Follow C-REX on Twitter for news and updates. With kind permission of C-REX.