How to be a German Neo-Nazi Girl 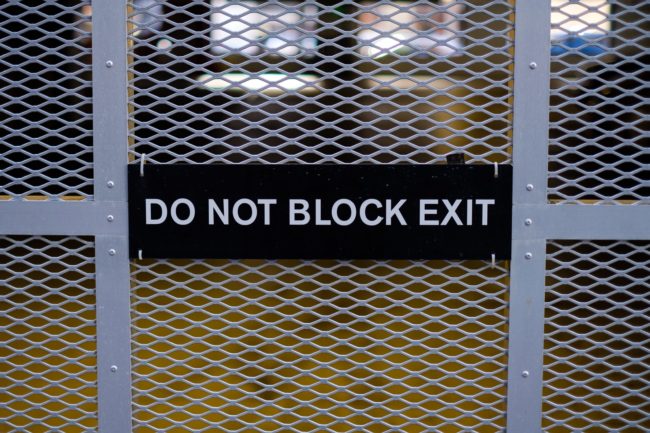 This is the story of a German girl who joined a völkisch-Aryan legion of Neo-Nazis. This is her report after exit from Germany’s present day Neo-Nazi scene. At the tender age of just thirteen, Irma Grese (not her real name) slipped into Germany’s far-right extremists. Today Irma Grese has made her departure from Germany’s radical right. Yet she recounts her life in the Völkisch-Aryan world of today’s Germany’s Neo-Nazism, during the many years when she was actively and deeply involved in far-right groups in Germany.

Eventually Irma Grese managed to get out of the far-right world of violence, authoritarianism and strict adherence to the code of Nazism. able to escape largely because she had, during those dark decades, continued contact with what Neo-Nazis call “the outside world” – that is, Germany’s civil society. Irma Grese’s son also played a crucial role in her decision to leave the stinking swamp of Nazism behind.

Irma Grese left the far-right scene in 2005. Afraid of the vindictiveness of her old Neo-Nazi companions, only today is she willing to tell her story. For Germany’s local police as well as its secret police – the Verfassungschutz – Irma Grese’s unexpected departure was sensational news. At that time, both police forces could hardly believe their good luck, that a hard-core member of the Neo-Nazi’s inner circle left the movement. It came as a complete surprise. They wondered if she would talk and reveal the long-sought-after secrets of these extremist groups.

Until her departure, Irma was a platoon leader. She belonged to the extremely violent and very Aryan Viking Youth group that was later banned by German authorities. Irma coordinated a band of Aryan women and their work and support for Germany’s right-wing. Irma held training courses and organized violent Neo-Nazi marches. During such rallies, there was no holding her back. She threw rocks and chunks of pavements. Today Irma openly admits her addiction to violence. A few years ago, she confessed: “I was a Neo-Nazi by profession for over twenty years.”

Irma Grese grew up near Hannover, a city not untouched by right-wing extremists and Neo-Nazis. At the age of thirteen, she started slipping into the influence of their radical politics and their hate-filled ideology. She became a staunch National-Socialist (a Nazi) earning respect among her mostly male comrades by adapting to their way of life. She started to drink heavily, shouted right slogans, showing the Hitler salute and beating up people.

Quickly, Irma made her way up the party ranks, entering deeper and deeper into the Viking Youth and the Neo-Nazi German Workers’ Party. Irma also became involved with other women inside a Neo-Nazi group called the German Women’s Front. Eventually, she took over as leader the Neo-Nazi Comradeship Hannover. Irma once said, “I saw myself as a political soldier. fighting for the cause of Nazism.”

Eventually, Irma’s domestic relations developed inside Germany’s far-right. Their mission was to oppose the family life of ordinary Germans. On many weekends, Irma met with right-wing acquaintances in the rural town of Hetendorf, a place where Hitler’s SS is honored. The town houses a training center of the now (thankfully) deceased Neo-Nazi and antisemitic Jürgen Rieger. There she received militia training designed to function well in a future race war.

Irma boasted that, between Friday and Sunday, “we had a full program: marching, carrying out orders, saluting the flag, communal kitchen duties and military exercises”. Of course, all this also included what Irma now calls brainwashing. There were training sessions led by old SS men and other Nazi celebrities. Irma Grese says, “We cooked in our brown sauce,” alluding the street-brawling and armed Brown Shirts of the 1930s.

In these Neo-Nazi circles, Irma met her first husband. The Neo-Nazi couple moved together to his local farm. At the time, Irma was not even 20 years old but she already had two children. At the end of the 1990s, the couple divorced. Irma then married another Neo-Nazi. She moved in with him, again living on a rural farm near the northern city of Bremen. Irma brought her two children into the marriage and had three more sons with her new husband.

Not much changed in family life at first. Irma, says, “Even in my first relationship, we always understood each other as nationalists, as an ethnic family…we wanted to live an Aryan family life. It was a life in the spirit of the Aryan Volksgemeinschaft. We wanted our children to grow up with völkisch ideas: raising children under the guidance of right-wing extremists.” Neo-Nazism still means that Irma’s children had to live their lives within the confines of Germany’s radical right as much as possible. Only the attendance a state school – required by law – was tolerated by the Neo-Nazis. Irma s Neo-Nazi family accepted this while grinding their teeth.

Right after school class was over, the children had to come straight home. No friends were allowed to be met inside nor outside of school. Instead of play, the children worked on the farm. From an early age, there was indoctrination about national duties and with harsh discipline. It was all about the Neo-Nazi community and about accepting strict subordination. Irma’s husband had beaten her up once when the children did not follow the party rules.

Like other Aryan families, Irma’s extended (through the relationships among those in the right-wing movement) family tried to exert as much influence as possible over their children. Influence meant isolating the children as much as possible from the evils of the outside world. She talks about the loneliness and narrowness of life:

We met regularly with other Neo-Nazi families and from conversations with them I learned that everything was pretty much the same in their lives. It was more than a bit like living in a closed religious sect. The children were not allowed to wear jeans or printed T-shirts. Instead, they had self-made dresses and skirts. The girls had tidily done up hair. Plain pants and shirts for the boys. Together they sang Germanic songs before each meal a table. The children’s books she read to her children told them about a purely Aryan Völkisch world.

“At the beginning of my second marriage,” she admits. Then Irma goes on to explain: “I was still a convinced National Socialist.” Yet some early doubts were starting to grow in her mind. Together with her own mother, Irma were running two small retail stores with several employees. In addition, Irma Grese had begun to train as a naturopath during those years of what in retrospect can be seen as a transition out of the fold. “I started to realize that my world was not so isolated after all. I wasn’t a typical housewife and mothers.” The world outside of Neo-Nazism was different from what she was told. “This,” as she says, “opened my eyes.”

Irma began to withdraw from Germany’s radical right. But the break couldn’t come until she realized what the movement was doing to her physically impaired son and her other children.

Biographical clones and other anomalies

The Neo-Nazi way of dealing with her son’s abnormality further opened her eyes and influenced the decision to drop out. Irma’s second husband, a staunch Neo-Nazi, did not get along with the increasingly self-confident woman. Again and again there was friction when work was left unfinished on the farm and in the household. Irma recalls that her second Neo-Nazi husband “became more and more uncontrollable, yelled at the little ones and started beating my eldest son.”

Irma’s eldest son was disabled. Her husband couldn’t handle this fact. Illness, weakness and disability, none of this had any place in either the Nazi or the Neo-Nazi ideology. Irma says, “Time and again, I had to hear my husband shouting that my son was unworthy life …that I should place the boy into some sort of home. “Get’s get rid of him!” With a disabled child, ”no true Neo-Nazi could be accepted among ‘healthy’ Aryan families that formed our circle”.

During harsh arguments with her husband, Irma began to slip away from the right-wing world of extreme right-wing racial politics. Irma says, “My son was mistreated by a camp-leader during a militia-style tent-camp of the Home-Guard German Youth or Heimattreue Deutsche Jugend (HDJ). The HDJ was closely modeled on Hitler’s Youth. For Irma, the vicious beating of her son proved to be the last straw. It was the moment when she decided, “I have to get out of the scene and finally lead a normal life.”

Today Irma Grese is fifty-two years old. She lives under a new name and a new identity and resides in an unknown location in Germany. This is necessary because in radical right circles she is considered a traitor. For a long time, Irma received death threats from her former Neo-Nazi comrades. But the animus comes also because her departure from Germany’s Neo-Nazis was supported by the EXIT-Germany. Neo-Nazis hate her because she revealed secret information about her former comrades to local police and Germany’s powerful secret police. Irma Grese’s life remains in acute peril.

EDIT: Irma is the story of Tanja Privenau.

Thomas Klikauer is the author of 550 publications include a book on the AfD. Norman Simms is a retired academic who lives in New Zealand and continues to write articles and books, as well as editing an online journal.

First published at and with the kind permission of CounterPunch.