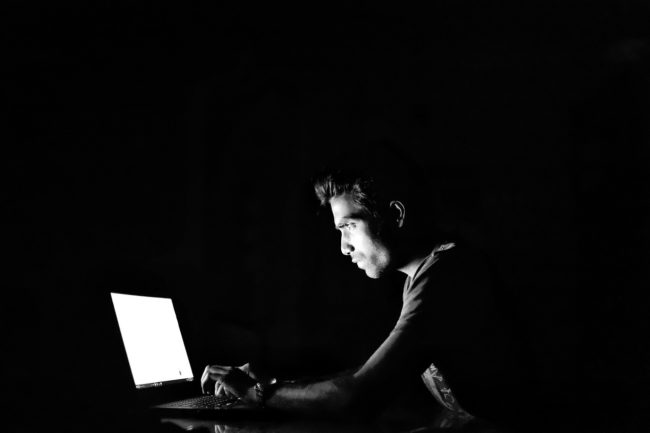 “It is my belief that there is and should be an end to the label, as in my own case […] I am more than what I once was; I am more than a former. Ethically sound CVE practitioners should see me as a person with a future, not just a past.”

At an event in March 2019, in partnership with Public Safety Canada and Moonshot CVE, I gave a presentation on the ethical dimensions of involving former extremists in online countering violent extremism (CVE) work. The panel I was on focused on the human factors and impacts of CVE in the online space. My academic work on the topic, both offline and online, as well as my lived experience within right-wing extremism (RWE) movements, has equipped me with particular expertise in this area. My work is further informed by my background in criminology, as well as my work with former extremists (or formers) around online and offline interventions and the mentorship of individuals seeking to leave, or who have already left violent extremist movements.

This piece is a quick review of the key points I made in March. First, we need to get to grips with the formers label, and to think carefully about when that label starts and stops for people who have been in extremist movements. Second, we need to consider the feasibility of involving formers in online interventions and settle on some best practices. And finally, we need to continue conversations about the ethics of online interventions in general.

According to Life After Hate (2019), a non-profit organization dedicated to helping people leave hate groups, a former is: “a person who at one point subscribed to and or promoted/perpetrated violence in the name of a particular extremist ideology”. Additionally, a former can be “an individual who has either publicly or privately denounced violence” (Life After Hate, 2019). Although these formers mostly emerge from violent extremist movements inclusive of RWE, Islamist groups and far-left organizations, the term has also been used to describe former members of violent street gangs.

Some initial questions must be asked here: how does the former label affect its subject in the long term? What are the short-term ramifications? When does the label no longer apply? My work with formers, researchers and practitioners suggests that this label can be both highly damaging to individuals who have entered the CVE field and to those who have been involved in countering extremism for some time. Formers who are newly departed from extremist movements sometimes end up heavily involved in media commentary and academia. These formers often report suffering additional trauma, in part because they haven’t had sufficient space and time to deal with their past experiences and actions. Some formers feel frustrated by the pressures that come with the label, leading them to return to negative lifestyles involving drug and alcohol abuse, violent activity (not necessarily leading back towards radicalization), or other self-destructive behaviours. For formers who have been involved in CVE for longer periods, ‘burnout’ or post-traumatic stress are both high-risk factors, and the need for self-care is vital. This is true for formers who are involved in CVE work in both the online and offline space.

Given the pressures that being labelled as a former can bring, we need to ask the question, where does this labeling end? Formers can be professionals and practitioners. They may have families. When sufficient time has passed, should they be able to escape this designation? It is my belief that there is and should be an end to the label, as in my own case: I chose to return to school to study criminology, and now work for various universities as a researcher. I continue to grow in my practitioner work with the Organization for the Prevention of Violence, a community-led NGO, and Life After Hate, where I have helped others leave extremism and researched key issues surrounding violent extremist movements, particularly online RWE. I am more than what I once was; I am more than a former. Ethically sound CVE practitioners should see me as a person with a future, not just a past.

Some formers seem more comfortable with the label, using it as the basis for a positive identity. They consciously use it to give back to communities that they may have once harmed. Examples of this approach may be found where formers have created a job for themselves within their local area and network in order to create positive change in their communities. However, more research is needed to evaluate the moral and ethical dilemmas that arise when formers are active in CVE work in their communities. Filling the role of a former can generate attention, admiration and, sometimes, money. This complex set of incentives complicates the ethics of the label.

The second area that I discussed during the panel was the plausibility of online intervention programs, what they should look like and whether these ideal programs could be realised. In theory it is possible to build an online intervention strategy, but how ethical would this be? Who would execute these programs? Where would the data gathered in the process end up? What kinds of interventions are available? And, crucially, does in-person intervention hold more weight? Online interventions are ethically complex even without getting formers into the mix. Trickier still, we don’t know just how many formers are engaging in these interventions, or what organizations they are working with. It may be possible to get this data from the small number of organizations that are conducting this type of work formally, but this would invite significant privacy issues, and remains uncharted territory. Social media has been a useful space for formers to have informal discussions with those wishing to leave extremist groups, but there are numerous ethical problems. For example, where does the data go? How can we establish the trustworthiness of formers carrying out interventions in this space?

The answers to some of these questions might come from formers’ involvement in offline intervention work. I would suggest that standardization between online and offline intervention programming for former-led projects is integral to the growth of the field in a sustainable and ethical way. Involving formers in technical development work that supports online interventions could be helpful in shaping those tools to the needs (ethical and otherwise) of their intended beneficiaries.

Ultimately, formers may be generally more suited to long-term offline mentorship work with those who have left or who are leaving lives of extremism behind, and in fact, some formers may not suited to intervention work of any kind. This makes practical program-building and standardization even more important. We need to understand which formers are truly capable of providing support, whether online or offline. We also need to understand who is already offering support services and assess whether that support is valuable. It’s safe to assume that there are formers operating in this way both covertly and overtly, but it is difficult to ethically evaluate a network of unknown size and membership.

While it’s vitally important to discuss the role of formers in CVE work, those conversations need to be part of a discussion about the ethics of CVE work more broadly. Just like other practitioners, formers will make better informed choices if they are working within ethical environments. The best, most ethical CVE programs are multi-sectoral and have formal referral and reporting processes that provide accountability and support to all parties. Ethically sound intervention programs prioritize confidentiality, informed consent, and an understanding of when and when not to engage vulnerable people, including formers. Formers have unique gifts to give, but they can also be vulnerable to trauma and burnout, and both former and current extremists must be seen as people who have agency, choice and a future beyond extremism.

Brad Galloway became the Coordinator at the Centre on Hate, Bias and Extremism in September of 2020. Brad brings a wealth of experience from his work in the countering and preventing violent extremism and terrorism space, and his more recent work in intervention and case management with NGO’s such as Life After Hate. He conducts consultancy work centred around the Evolve program at the Organization for the Prevention of Violence (OPV). He also worked as a Research Assistant on a number of projects that are currently funded by Public Safety Canada and the Canadian Network for Research on Terrorism, Security and Society (TSAS). Moreover, Brad has served as a consultant for Google, Moonshot CVE, and the Institute for Strategic Dialogue (ISD), among others. His primary research interests include right-wing extremism and terrorism, preventing and countering violent extremism, and the roles of former extremists in combating violent extremism.

The Article was first published by our partners Moonshot.