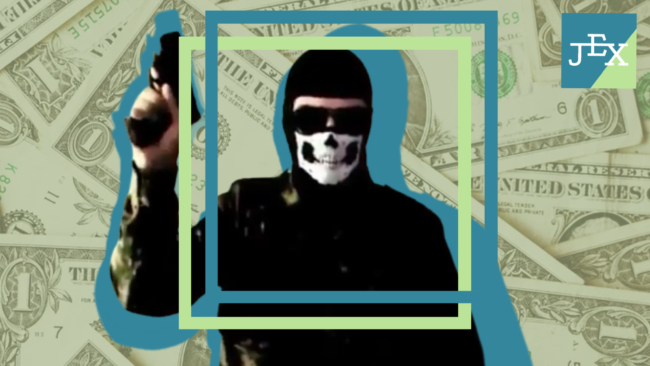 In this post, I explore the financing mechanisms used by Atomwaffen Division and the new iteration of the group, National Socialist Order. Both AWD and NSO, as well as James Mason, one of the ideological leaders of AWD, are all listed terrorist entities in Canada. Like many ideologically-motivated violent extremist groups, AWD is largely self-funded by its members, and uses its funds for low-complexity attacks. The group also raises some funds through propaganda sales, but how these funds are used, stored, and managed, remains unclear. Counter-terrorist financing options are limited due to the group’s financial (and networked) structure, but financial intelligence and financial exclusion practices are likely to yield the greatest results against the group and subsequent iterations of the group and its members.

Atomwaffen Division (AWD) is a neo-Nazi terrorist group founded in the United States in 2015.  In 2020, the group announced that it was disbanding, although shortly thereafter members of the group created the National Socialist Order (NSO), which is widely considered to be the same entity. In 2019, there were approximately 60-80 members of AWD and a smaller number of “initiates”; however, AWD/NSO uses a decentralized cell structure, so estimates of actual membership vary₁. AWD has offshoots or associated cells in several countries including Germany (Feuerkrieg Division)₂ , the UK (Sonnenkrieg Division – although the exact nature of the relationship between the groups is debated), Poland, Canada, Czech Republic, Ukraine₃, and Russia. AWD originally organized online, mostly through Discord (a communications platform), and while there is no publicly available information suggesting that the group raised money through Discord, the platform does provide the ability for users to generate funds through private servers, advertisements, donations, and sponsorship.

Most of the AWD/NSO funding likely comes from members’ self-financing. For instance, AWD member William James Tschantre cashed in $3,000 of savings and quit his fast-food job before purchasing a pair of rifles and hundreds of rounds of ammunition. The group might also use propaganda sales to support some aspects of its organization as well as some of its members. For instance, AWD has used Amazon CreateSpace to sell propaganda₄, and AWD has sold merchandise including t-shirts, mugs, books, and according to information provided by Canada to the Financial Action Task Force, the group has used some of these funds to support other members accused of crimes₅.

The American Futurist website and tangentially associated with AWD/NSO was set up in 2020 to spread Mason’s propaganda. The site accepts donations through Bitcoin and Monero, and there are also instructions for sending physical currency to a post office box. According to a note on the website, the funds are not used for “petty personal purposes” and are instead funnelled to “projects of interest”₆.However, no further information on the site conclusively links it or the funds that could potentially be raised, directly to any NSO/AWD member.

Charlottesville convinced me to help other people defect from white supremacy

AWD has held training camps (commonly referred to as “hate camps”) at which they conduct weapons training and learn combat skills. One of these held in the Nevada desert lasted three days and was organized by Michael Lloyd Hubsky. The costs involved in running the camp are unknown, but as with other terrorist training camps, it is likely that members pooled funds to acquire the goods and weapons needed for the camp, essentially self-financing their training activities. Individual members also likely paid for their own travel to and from the camps.

The murders that AWD members have committed to date have been lone-actor, low-complexity attacks using weapons that the perpetrators already owned, and while perpetrated by AWD members, it remains unclear if all of the incidents were motivated by the group’s ideology and perpetrated to advance its goals.  (For a run-down of many of these incidents, see Ware, “Siege: The Atomwaffen Division and Rising Far-Right Terrorism in the United States”). Many of the members acquired their weapons and ammunition well in advance of any planned incident. For instance, one member was arrested with an AR15 and 1,000 rounds of ammunition, a weapon he had likely acquired some time before the incident₈. In some cases, cells may have been preparing for more complex attacks. Following the arrest of AWD member Devon Arthurs, a cooler with HMTD was found by police, as well as other explosive precursors, components including electric matches, and empty ammunition casings with fuses (which can be used as detonators).

Reports also suggest that members travel to visit with international cells; in these cases, individual members have also likely paid for their own travel expenses during their trips abroad.

According to information submitted by Canada to the Financial Action Task Force, AWD’s resources and financial structure are primarily based online, with reliance on money transfers services₉.

There is little information to suggest that AWD/NSO or their various associated cells have significant financial resources. However, a reference from the Southern Poverty Law Center to “internal AWD financial papers” suggests that the group might employ some financial management practices and may have more financial resources than this preliminary assessment suggest.

AWD/NSO is a listed entity in both Canada and the United Kingdom. Proscription of terrorist organizations is a form of financial sanction intended (in part) to prevent groups from being funded by supporters. Given the limited amount of external funding that AWD/NSO appears to enjoy, this proscription likely has little impact on the group’s (and the individual cells’) overall financial structure.

In the case of AWD/NSO, the use of financial intelligence to detect and disrupt their activities might be of use for counterterrorism and counterterrorism financing. For instance, in cases where members are suspected to be mobilizing to violence, financial activities such as travel, weapons procurement, and organizing their financial affairs could suggest imminent activity. However, given that many group members already possess weapons, further acquisition of weapons might not be a reliable indicator of mobilization. This is particularly true in the United States where gun ownership is a poor indicator of imminent terrorist activity.

Financial intelligence could also be of use in terms of identifying and disrupting any potential foreign or international financing of members / specific cells, or the sharing of resources between different AWD/NSO cells. Monitoring confirmed and suspected members’ finances (both through traditional financial intelligence as well as through human sources and technical collection) can provide advance warning of potential mobilization, as well as any increase in the sophistication of the group or individual cells and their longer-term plans.

The identification and publicizing of individual AWD/NSO group members might also be one of the more effective ways to counter the financing of this group and the individual cells. Because of AWD’s decentralized structure, individual cells need to be targeted, meaning that specific individuals need to be named for banks and other financial institutions to monitor accounts and, where possible, freeze funds or exit banking relationships. Preventing AWD members from using the formal financial system will complicate their lives (a key component of counterterrorism) and their ability to plan and conduct terrorist activities. However, a lack of coordination amongst different jurisdictions (particularly the United States) will reduce the effectiveness of this approach.

AWD/NSO financing is low-complexity, driven primarily by members, and is likely done on a case-by-case basis. Any funds that the group/cells raise are likely spent on weapons, subsistence, and propaganda. Influxes of funds to particular cells could augment their capabilities, but more sophisticated financial structures are unlikely to materialize due to the groups’ emphasis on a decentralized structure. As a result, counterterrorist financing initiatives should focus on developing financial intelligence from a variety of sources and information sharing with the private sector to exclude AWD/NSO members from the financial system, and should focus on building consensus among states for the listing of terrorist entities.

Jessica Davis is the President and principal consultant at Insight Threat Intelligence. Jessica draws on her extensive experience in the security and intelligence world to bring her clients accurate, relevant and timely intelligence and help them deal with uncertainty and complexity. Jessica is an internationally-recognized expert on terrorism indicators, women in terrorism, illicit financing, and intelligence analysis.

Jessica spent the first 17 years of her career in the Canadian security and intelligence business, starting in the Canadian Forces, and then transitioning to roles at Global Affairs Canada, FINTRAC (Canada’s financial intelligence unit), and the Canadian Security Intelligence Service (CSIS). Jessica left CSIS in 2018 in order to share her knowledge more broadly, enhance the Canadian dialogue on security issues, and bring new perspectives to efforts to counter illicit financing. Jessica is also a non-academic affiliate with TSAS.