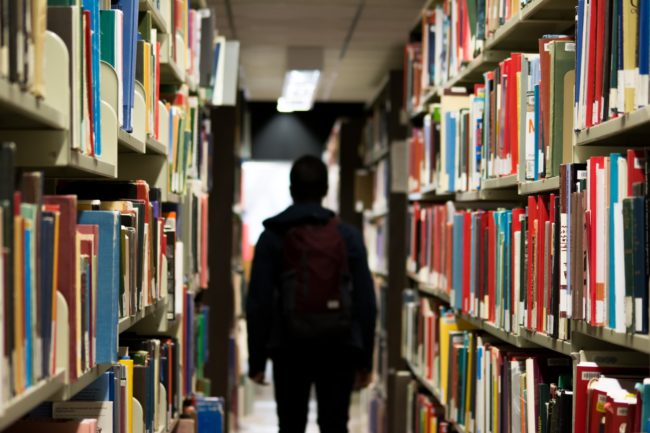 An interview with Michel Letteboer

Michel Letteboer is currently a history teacher in the Netherlands. As a high-school student, Michel was involved with extreme right-wing parties. He talked to EuroClio about his experience with radicalisation, how he managed to deradicalise and the role history education has played in his life.

Michel first came into contact with right-wing extremism as a high school student. Michel explained: ‘there was a lot of identity development. I loved alternative music, like metal. Also in clothes, I had long hair and wore army boots and trousers. I had a striking appearance and liked being the centre of attention’. When he was fifteen years old, Michel made a new friend at school: ‘A Black boy with extreme right sympathies, he wore a bomber jacket with a Dutch flag, bald head, we loved the same music and spent a lot of time together. He liked talking about politics, explaining how the left was hostile and destroying our country. Foreigners and especially Muslims were the great enemy’. Michel fell under the pressure of what his new friend was telling him. With great curiosity, he found more and more sources confirming his newfound beliefs. Due to specific algorithms, his online search brought him into a rabbit hole of extreme right-wing ideology.

Convinced of the idea that Muslims were a danger to society, Michel gave a speech in Dutch class in which he presented Muslims as the enemy to the Dutch State. It turned out his speech had been filmed and put online.

The speech was very radical, the school woke up immediately. Thousands of people saw that speech. The school decided to enforce sanctions. I was not allowed to talk about politics at school nor wear my usual military clothing.

What often happens with radicalised youth, or just youth that protests something, they dig their heels in. The sanctions from school led to frustration and anger. ‘I saw school as a leftist enemy, they were against me’. Via Stormfront (one of the oldest and largest neo-Nazi hate sites), Michel ended up at the Dutch People’s Union (NVU), an extreme right-wing political party.

At sixteen, his parents did not allow him to go to demonstrations. He patiently waited until he was eighteen before going to his first demonstration. Michel explains why it was surprising he radicalised: ‘I had a great upbringing in a stable home environment. I did not feel disadvantaged. The most obvious breeding grounds were absent for me’. Previously, he had been tested for Autism: ‘I show characteristics of Asperger’s syndrome, the fascinations made that whatever my new friend said was especially interesting. The development as an adolescent, discovering the world and so on, made it so that I ended up in a radicalisation process’.

During his radical period, Michel’s parents couldn’t count on help from the police because he had always stayed within the boundaries of legality. His parents approached every institution they could think of asking for help. His school had implemented sanctions, so they did their part. Youth services couldn’t help since he came from a stable family. Initially, his mom had tried to engage in conversation but as it only escalated matters, they changed to email correspondence: ‘my family was no match for me, I was really fanatic’. The one person that was able to have meaningful conversations with Michel was his uncle, a historian and professor of intelligence and security services. He worked for the General Intelligence and Security Service in the Netherlands: ‘He was closely involved with my radicalisation, I had even been on the radar at his work, he knew the world I claimed to know so much about, he was the only person that could make me doubt. It is very difficult to have a substantive conversation with radicalised youth, it is fighting on their turf, they possess all the knowledge’.

Answering as to why he was able to deradicalise: ‘mainly [through] my uncle, the conditions were present. I had a clear goal in life. Radicalisation endangers that. It helped that my social environment exercised pressure. My fellow football supporters distanced themselves from me and that world is very important to me. It makes you realise what is at stake if you hold onto your beliefs’. The true tipping point came in 2011 when he went to a demonstration that escalated due to a high number of counter protesters. He recognised himself on the front  page of a Dutch newspaper. Following the lawsuit of the leader of the NVU, Constant Kusters, Michel saw his picture once again in a newspaper, recognisable this time, realising he was jeopardising his future career.

After high-school, Michel studied to be a history teacher: ‘The teacher training helped me develop very fast. It had always been my dream to become a teacher. With this dream in mind I have always stayed within the boundaries of the law which aided deradicalisation. The teacher training did the rest, it made me critical, I met people, dressed professionally for internships, I was very serious about becoming a teacher’. Besides, Michel had a strong social environment which eventually helped break up his right-wing armour. About the deradicalisation process he says; ‘you become more critical, you start doubting, conducting research and eventually you can break away from the radical path’.

Deradicalisation is not something that happens from one day to another. Otherwise you wouldn’t have been radicalised in the first place.

After graduating from the teacher training programme, Michel had a few other jobs before becoming a teacher. He currently works in special education, a group of youngsters that is especially vulnerable to radicalisation. As a lot of his students are on the autism spectrum, nuance is often a challenge. When asked how his previous experiences have influenced him as a teacher, Michel answers: ‘The experiences are very valuable in my work. I teach a lot about citizenship, culture, and fake news, in order to make my students more resilient. When they go out into the world later on, they are prepared to deal with fake news for example’. He pleads for more extensive education on democracy, practicing discussion, having debates, the influence of social media on youth and source criticism: ‘youth has to become more resilient’.

What should a teacher do when confronted with youth that might radicalise? Michel replies: ‘stay in touch, that is especially important. First find out whether they are actually radicalising. There are a lot of tools available, enter into conversation and ask yourself questions. What do we think? How does the student develop him-/herself? Is the development negative or harmful? The student should never feel they’re being rejected or that their thinking is wrong. Students should know that they are allowed to think everything, but their choices will have consequences and it is important to be aware of those’.

Wanting to become a history teacher has been an important motivation throughout Michel’s life. But what role can history education play within radicalisation and deradicalisation processes? Michel: ‘A good history class lends itself perfectly for discussion with students: ‘Why is it important we have democracy? Why have other state forms failed? History also tackles citizenship and civics. What influence can you have on governance?’. Helping youth understand they can exercise influence can help tackle radicalisation as it discourages them from joining groups that might claim the state as the enemy.

When asked about the differences between radicalisation processes of Islamic extremism and right-wing extremism, Michel explains: ‘Both are based on the threat of the other. Within extreme-right extremism it revolves around a hatred of foreigners as a threat to national culture. Islamic extremism is based on the notion of the faith being threatened. Radicalisation for the latter generally happens faster. With Syria-goers we have seen how youth can radicalise within a two week period. Like right-wing extremism, they are also young adolescents, looking for a sense of belonging’.

The one advice Michel would like to give history teachers is: ‘make your students resilient to radicalisation through source criticism. I think that is the most important thing you can do as a history teacher. Why does someone disseminate information? How do you know if the information is correct? Who disseminates the information? Did they witness the information presented or did they hear by proxy? Did they write it down directly or report twenty years later? If you, as a teacher, manage to familiarise your students with source criticism so that they can apply it in their lives, the chance of radicalisation can be minimised’.

Good source criticism always bypasses good misinformation, this is especially crucial at the moment as the media is not trusted and dismissed as unreliable and hostile.

In an upcoming EuroClio podcast episode about emotions in the classroom, Cypriot professor Michalinos Zembylas, explains how – instead of calling a student out – strategic empathy should be applied when dealing with students at danger of radicalising. Michel confirms this by saying: ‘putting sanctions on your students is the dumbest thing you can do. Ask yourself why a student does something, where it comes from, but at all times, do not judge it. Oppressing their opinions will solely lead to strengthening them, you are pushing them up the radicalisation stairs if you will’.

Education has a gigantic social responsibility, it is incredibly important to recognise radicalisation as a process that you can slow down and stop. School is essential in this process.

The story of ACD

First published at and with the kind permission of EuroClio.